The Board comprises an exceptional combination of experience in life sciences, technology development, food and marketing 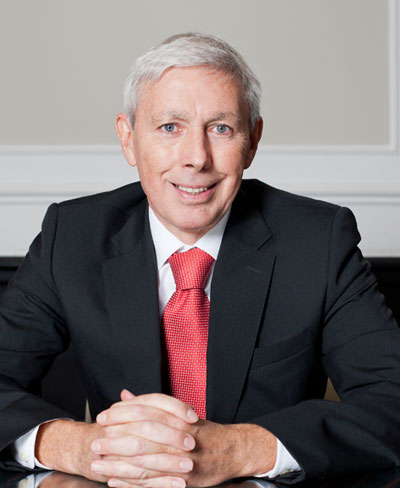 Stephen trained as a microbiologist and has over 50 publications, 70 plus patents, and chapters in a number of books. Whilst a scientist by training Stephen is at heart an entrepreneur with a track record of success in identifying opportunities, raising finance, commercialising products, and taking a number of companies to exit by IPO or trade sale. Stephen has built a number of businesses and was a founder of Acolyte Biomedica which he exited to 3M healthcare in 2007 (at a 32X multiple) whereupon he became a Director of Healthcare.  Stephen has been a director of an investment company and is frequently asked to advise on potential investments by institutional investors. Stephen founded OptiBiotix in May 2012, SkinBiotix (subsequently SkinBiotherapeutics plc) in 2015, and ProBiotix health Ltd in 2018, to commercialise opportunities in the immature but evolving microbiome field.  Stephen Listed OptiBiotix on the London Stock Exchange in August 2014 and SkinBiotherapeutics in April 2017. 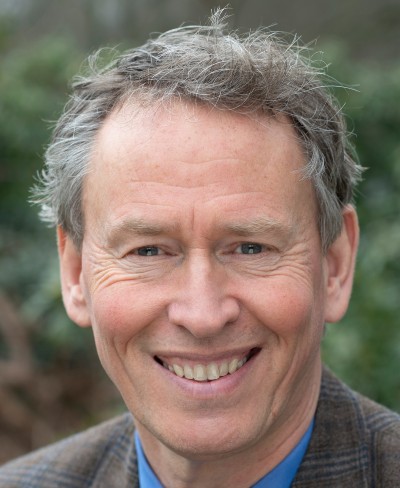 René Kamminga holds a combined degree in Business Administration and Chemical Engineering from the University of Twente, The Netherlands. Prior to joining OptiBiotix, René has held leadership positions in business development and business management in the speciality ingredient divisions of Unilever, ICI, Kerry and more recently KD Pharma. René has a passion for the development of health solutions that make a difference in people’s lives and brings a 25-year track record of successful revenue and bottom-line growth to OptiBiotix. 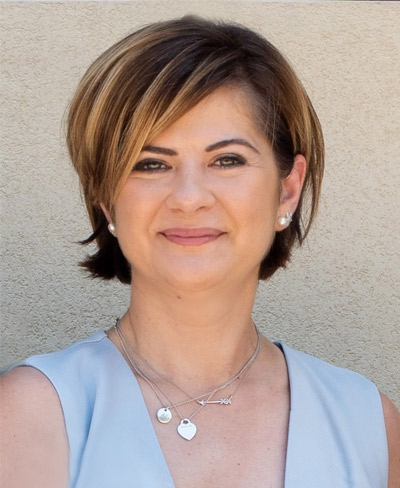 Dr Sofia Kolyda has a PhD and ten years post doctoral experience from Reading University Department of Food and Nutritional Sciences. She is widely published in the microbiome field with specialist expertise in using prebiotics as food ingredients to modulate the human microbiome. Dr Kolida’s expertise has been important in the development of OptiBiotix’s technology through laboratory studies, human studies, and manufacturing scale up, allowing the company to create a rich pipeline of award winning products. Under Dr Kolida’s leadership OptiBiotix has established itself as a global leader in targeted microbiome modulation, natural high intensity sweeteners, and sweet healthy fibres (SweetBiotix®). This work has led to agreements with a number of global corporates including Tata for microbiome modulation (LPGOS), and two SweetBiotix® agreements, the first with one of the world’s largest suppliers of nutritional products, and the second with one of the world’s largest providers of dairy products. 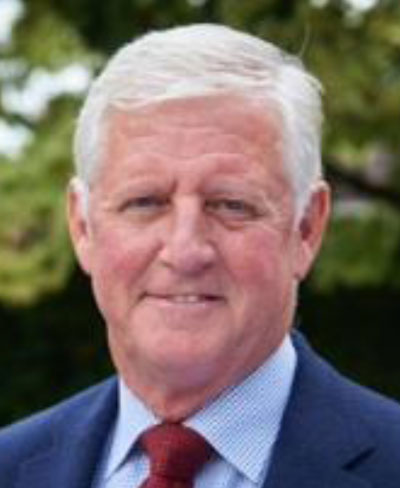 Neil has over thirty years of operational and board experience as Chairman and Chief Executive of FTSE 50, AIM, and private companies in both an executive and non-executive capacity. He has a wealth of commercial expertise in the food and retail sectors having started his career with Northern Foods plc, where he rose to become Managing Director of its milk division. He subsequently became Chief Executive of Express Dairies plc and then Arla Foods plc before taking on a number of board positions in FTSE listed and private companies. His experience in the public sector includes non-executive positions with a number of FTSE100 companies including Persimmons plc from 2004-2103 and Wm Morrison Supermarkets where he is currently a Non-Executive Director. Neil was awarded a CBE for services to the food and dairy industry in 2006. Neil has a personal interest in the development and commercialisation of technology to improve health. He was Chairman of Eminate, a spin out from the University of Nottingham, which developed an alternative to salt which was licensed to Tate and Lyle, and Cherry Valley Farms, a genetics business which had extensive operations in China and the Far East and was sold to an Asian private equity group in 2010. Neil chairs the Remuneration Committee and is a member of the Audit Committee and Compliance Committee. 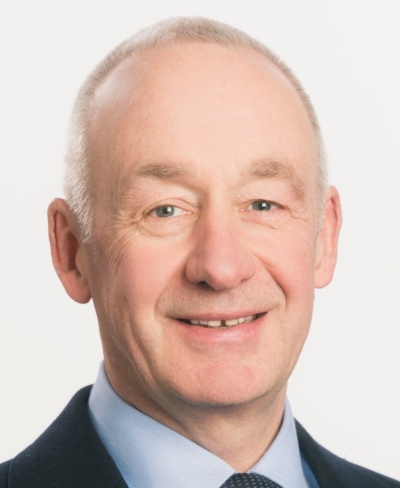 Chris has worked in the pharmaceutical industry for over 30 years, holding executive leadership roles with ICI, and Zeneca, before becoming Chairman of AstraZeneca Pharmaceuticals UK, President of AstraZeneca UK and Ireland (2001 – 2010), and President of the Association of the British Pharmaceutical Industry (ABPI) from 2008-2010. Since leaving executive roles, Chris has taken on a number of advisory and Non-Executive Director positions in private and public companies.

Advisory positions include independent advisor to the Prime Minister and other senior government ministers for life sciences (2010-2017) and advisor to Sodexo Healthcare (2010-2017). Chris is currently the Chairman of two companies – Scapa Plc and Proveca Ltd, and is a member of council at Imperial College. 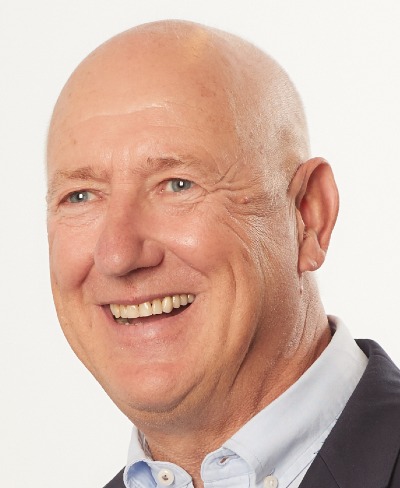 Sean is a Non-Executive Director at Turner & Townsend LLC, Applied Graphene Materials Plc and Accsys Technologies Plc. He was Group Finance Director of Croda International Plc from 2006 to 2015, a global manufacturer of speciality chemicals. Prior to joining Croda, Sean was Group Finance Director of Northern Foods Plc. He also served as a Non-Executive Director of KCOM Plc until 2007, Eminate Ltd, Cherry Valley Farms Ltd and Produce Investments Plc. He is a Fellow of the Chartered Institute of Management Accountants and of the Association of Corporate Treasurers. Sean has extensive knowledge of all aspects of finance, strategy and corporate governance in major businesses. 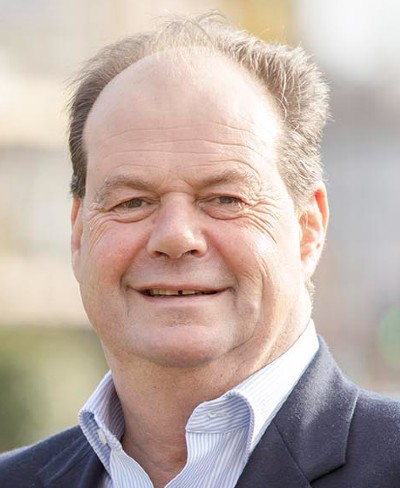 Stephen has been a Member of Parliament since 2005, fulfilling roles as Parliamentary Under Secretary of State for Transport from 2012 to 2014 and more recently Minister of State for the Department of Health and Social Care from 2018 to 2019. Prior to his role in politics, Stephen had a successful career in finance at a leading fund management house and at a number of major European investment banks. He was a Director of the Equities division of Dresdner Kleinwort Benson from 1994 to 1998, a private bank providing financial services to high net worth individuals and corporate clients in the UK. After this he joined Commerzbank Securities, a leading international commercial bank described as ‘Germany’s Leading Brokerage Firm’ of the past 10 years, with branches and offices in nearly 50 countries. He was with Commerzbank Securities from 1998 until 2003. During this time, Stephen was promoted to Director in Pan European Research, with the responsibility for 70 professionals based in London and across Europe, before becoming an MP in 2005.

OptiBiotix Health Plc is a life sciences company operating in one of the most progressive areas of biotechnological research – the modulation of the human microbiome.

All activities underpinned by scientific approach