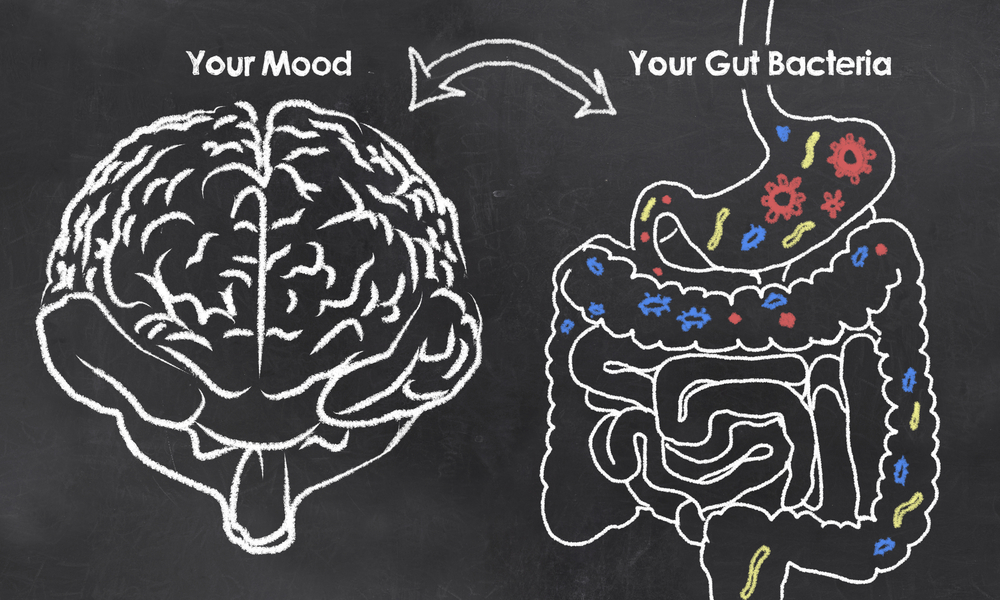 Exploring the connection between the gut microbiome and brain

From butterflies in the stomach to going with your ‘gut instinct’, the gut microbiome and its links with the human brain has been a popular research topic in scientific circles. Growing evidence in this area has shown that the gut microbiome and brain communicate in a ‘bidirectional manner’, influencing each other’s functions.

As a result, we now know that several systems work synergistically to ensure the human body continues to function correctly. This comprises of the central nervous system (CNS), the enteric nervous system (ENS), the endocrine, immune and autonomic nervous system (ANS). When the ENS and CNS systems communicate, it’s called the ‘gut-brain axis’, where complex pathways between cognitive and emotional areas of the brain link with the endocrine and immune systems, alongside the ANS. So, when we feel ‘butterflies in our stomach’, stress and anxiety, the communication between the ENS, CNS and ANS gets disrupted and these feelings become amplified, shifting the overall state of balance of the gut-brain axis.

Evolving science and the gut-brain axis

Scientists have also discovered that one of the most important connections in the human body is the vagus nerve, which is an essential part of the gut-brain axis. It consists of two bundles of neurons that run down each side of the body, from the brain to the abdomen and intestinal tract. As a result, it’s now understood that the stimulation of the vagus nerve can be triggered by signals from specialized cells and bacteria in the gut microbiome.

Recent studies, for example, have demonstrated that when mice lack a microbiome they experience anxiety- and depression-like behaviours. Moreover, researchers have discovered that patients with neurodegenerative diseases such as Parkinson’s and Alzheimer’s Disease are more likely to have an altered microbiome. Evidence like this suggests that the gut microbiome and the bacterial species it is made up from, including Firmicutes, Bacteroides and more, not only influence human behaviour but may affect the pathophysiology of mental illness and neurodegenerative diseases.

The role of prebiotics and probiotics

When it comes to matters of the gut-brain axis, both prebiotics and probiotics have been found to play a significant role. The latest research suggests that probiotics, for example, may have the ability to reduce the production of inflammatory chemicals like cytokines in inflammatory bowel disease. In addition, they may also help direct the action of tryptophan – a chemical that’s noted for its importance in the gut-brain axis in relation to psychiatric disorders.

In a 2018 study, the probiotic strain Lactobacillus plantarum 299v was found to decrease kynurenine concentration – a metabolite of tryptophan that is made in response to immune activation – and improved cognitive function in patients with major depression. While in a randomised, double-blind and placebo-controlled trial, petrochemical workers who consumed a probiotic yoghurt or a multi-species probiotic capsule for six weeks also demonstrated improved mental health, when measured through a depression, anxiety and stress scale.

Interestingly when probiotics are taken in combination with prebiotics, they may help to ease mood disorders. As prebiotics help to feed the good bacteria inside the gut, researchers have found that they could improve sleep and boost stress resilience. For instance, in a new study by the North American Menopause Society, scientists found that a higher dietary fibre intake is linked to a lower risk of depression in pre-menopausal women.

At OptiBiotix, we are fascinated with the latest scientific studies into how microbiome modulation technology can influence mood and mental health. In our latest study conducted by the University of Roehampton, we demonstrated that our patented weight management ingredient, SlimBiome®, greatly improved mood and gut microbiome composition. When participants ingested 9g per day of our multi-award-winning ingredient, it resulted in a statistically significant improvement in mood after four weeks (p = 0.0026).

For pharmaceutical, food and drink and supplement brands and manufacturers that are looking to expand their commercial portfolio with mood-boosting prebiotic and probiotic ingredients, OptiBiotix could have the solution. While scientific evidence is pivotal to the next steps we take as market leaders in microbiome modulation, it is also just as important to seek new understanding on the connection between the gut microbiome and the brain.

For more information on SlimBiome and LPLDL and how they can benefit your product portfolio, contact us here.