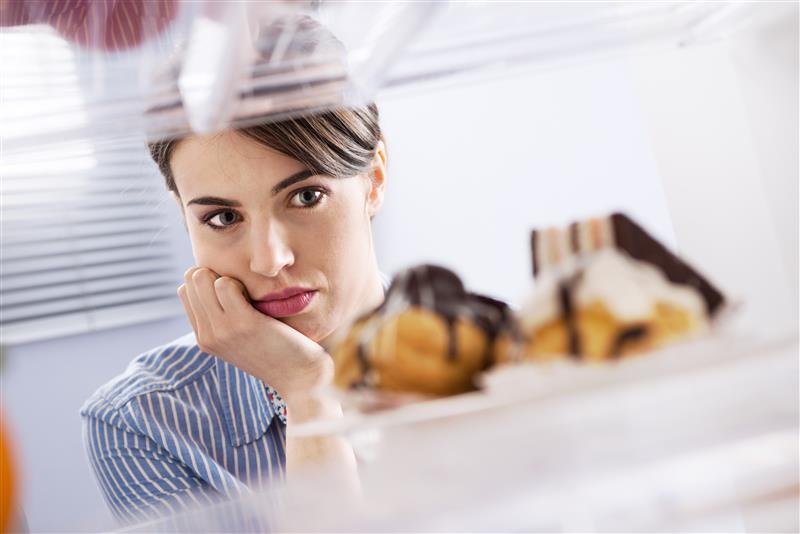 Willpower versus Science: How consumers can manage weight effectively

Is a lack of willpower the reason why many consumers fail to sustain their weight loss goals? According to modern day science, its influence goes much deeper than that. Recent studies suggest that self-control and how susceptible humans are to temptation may be linked to the executive control and reward systems of the brain and how our second brain (the gut-brain axis) interprets them. Interestingly, this could be indicative of why people’s self-control is much weaker when their blood sugar is low, or in times of stress when cortisol is elevated. To help us understand why this could be the case, let’s first turn our attention to why consumers believe they need willpower to succeed.

When it comes to weight loss, willpower is a symptom of human behavior. In the late 90s, Dr Michael R. Lowe, professor of clinical psychology at the MCP Hahnemann University in Philadelphia, stated in a New York Times articlethat willpower is ‘explanatory fiction’ and, that as an independent cause of behaviour, it’s simply a myth. Yet while there is some truth to this statement, the notion of willpower and the science behind human decisions has been explored in much greater detail since then that it would be unfair to say willpower is just a myth. In fact, it’s ingrained into consumer diet culture.

As reported by The Beet, results from a new weight loss survey revealed that over half (51%) of US adults want to lose weight by changing their diet and incorporating more plant-based foods, alongside regular exercise. Of the 1,012 respondents surveyed, the majority believed that willpower, lack of time and their social lives held them back from losing weight before the pandemic. These attitudes have since shifted, with up to 60% confirming that weight loss has become much more difficult over the last six months. Many noted that lack of willpower, low morale or support and financial difficulties were barriers to starting a new weight loss regime.

Temptation triggers and their connection to the gut-brain axis

Today, temptation is everywhere. From fast-food outlets to convenient, highly processed ready meals and sugar-rich drinks, it is easy to see why people struggle to maintain weight loss targets, especially when stress, emotions and fatigue set in. New research published by Dartmouth University has even suggested that some people have an imbalance between the executive control and reward systems of the brain. Shown in various brain imaging tests, the study concluded that those who had a greater imbalance may not be able to control their impulses for food, no matter what mood they are in.

Elsewhere, scientists at Ben-Gurion University discovered that a neural sub-network of connected regions between the brain and gastric basal electric frequency correlates with weight loss, hunger and satiety. Brain imaging scans detected that seeing or smelling food more frequently meant that people were more likely to consistently overeat or gain weight, due to a loss of willpower.

Studies like these, showcase exactly why humans are more susceptible to temptation and why a ‘second brain’ appears to be the root cause of our willpower. For example, when the complex pathways between the cognitive and emotional areas of the brain – known as the Enteric Nervous System (ENS) – communicate with the Central Nervous System (CNS) and link with the endocrine, immune and Autonomic Nervous System (ANS), we get what’s called the ‘gut-brain axis’. This ‘second brain’, which contains 500 million neurons, can often choose to act independently, instructing the host to crave certain foods and then consume them.

Sugar is one such craving that satisfies the gut-brain axis – and for good reason. Glucose and similar molecules alert neurological pathways in the gut that directly signal the brain, so when sugar-rich foods are consumed, not only are tastebuds satisfied but the brain is too. This natural inclination to avoid sugar has fallen into consumer diet trends, where many people believe that sugar is unhealthy and by avoiding it they can either lose or maintain weight, according to the 2020 Food and Health Survey conducted by the International Food Information Council. Yet it’s not sugar that’s the issue, it’s how much people are consuming – by way of the gut-brain axis – which leads to weight gain.

Having demonstrated its efficacy in several human intervention studies, including the latest study conducted by the University of Roehampton, SlimBiome has shown that it can help consumers change their eating behaviour by reducing their sweet and savoury cravings significantly. When SlimBiome is incorporated into healthy and delicious baked goods, meal replacement shakes or dairy products, it can significantly reduce individuals body weight, BMI, body fat percentage, waist and hip circumference, and systolic blood pressure.

SlimBiome, then, is an excellent ingredient to add to your weight management portfolio, since it offers consumers the support they need in the battle between their gut-brain axis, hunger cravings and willpower.

To learn more about SlimBiome and how it can make a difference to your weight loss products, contact us here.